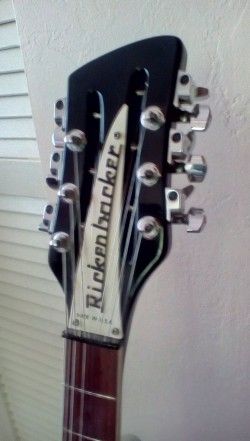 For me, our annual Bob Dylan show is my favorite of all. This will be our 10th annual version. A while back I posted a a question on the Thugz Facebook page - what is your favorite Dylan song? Well. there were quite a few responses. Some of them we will be playing at the Roadhouse on the 26th. One respondent asked what are the band's favorites?

For myself I will say "Mr. Tambourine Man". Most everyone is familiar with the hit version by the Byrds. That is a good one! On that track though the only Byrd actually playing was Roger McGuinn on the 12 string. The other instruments were payed by the session group know as the "wreaking crew". I think the bass on the song was played by Leon Russell. McGuinn's 12 string playing was quite unique as it employed a banjo roll with flat picked melody. It's something I can't quit handle yet. Anyway, the Byrds' version was very cool but the original on Dylan's "Bringing it All Back Home " album is, for me, the definitive version. The guitar parts with Bruce Langhorn's contrapuntal licks really set the mood. I can distinctly remember one day when I was in high school running home ( a mere mile) just to get to my record player to hear that song again. Anyway, years later it led ne to purchase a Rickenacker 12 string from Tall Toad music in Petaluma. I have to really struggle to play it but when everything is right  the sound is just so - "everything" - that it's all worth it. I will be playing it for at least a few tunes at our next Dylan show. Dylan never really used the electric 12 string but so many other musicians have done versions of his songs with it that it just evokes his image with just one chord. The Rick 12 string is such an interesting instrument. I'll do my best to be worthy.